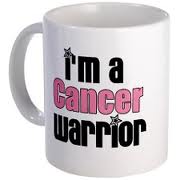 I’ve been trying to put into words where my mind is now, 2 1/2 years after a breast cancer diagnosis. You would think that by now I would have “moved on” or returned to life as it once was, “normal”. So why hasn’t that happened? I am often asked in my counseling work, how long it takes for life to feel normal again and I must say, I personally have not found that “place”.  Sometimes you hear it referred to as “the NEW normal”, but that is kind of misleading because it doesn’t feel like it should feel and “normal” feels out of reach, somehow. Last week I laid in bed, ready to fall asleep but I wasn’t asleep yet. There in the dark of night,  my mind wandered. I have no idea what brought on the thought, but there I was, in the operating room the morning of my breast surgery and it felt every bit as real as it did on that day.  I had just been through a very painful, torturous node biopsy injection of dye, where I laid fully awake, with no anesthetic (that was the protocol at the time, believe it or not – not so anymore), and now here I was in the O.R. prep room having a nurse attempt for the third time to start an IV on me, yet blowing my veins out at every try.  I was shaking in pain and fear. I could not believe that within just minutes I was going to be rolled into surgery where I was forever to be maimed.  How could they not even get this simple step right? I remember the look that my husband gave them, “Enough you people. Can’t you see she has been put through hell already?”  and  within seconds they gave me an injection of a sedative. That was when tears began rolling down my cheeks to my pillow. I knew in that moment that I am experiencing post traumatic stress. I re-live the  events of two years ago and they are clear as day in my memories.  Why can’t I just say to myself that the cancer is gone and I can go back to my old life? Because no doctor will tell me that I am cancer free and no doctor will say that I have been cured.  I can only liken it to what  soldier must go through when he returns from war. His family is so happy he emerged alive and safe, but in his “world”, the world of war, terror reigns and fear is a familiar voice in the back of his mind whispering “watch out – I’m gonna get you!”  It’s as if I’ve returned from my war, the war on cancer, with the enemy in my back pocket –  just waiting for his chance to come back and attack. When you’ve been attacked once, you never let it go. You never forget.  Ever on guard, always the strategist,  aware on a daily basis of every possible change in your body, every ache, pain,  – it changes you. Survivors told me this when I was first told that I had breast cancer, but I had no idea what that meant – it will change you. You’ll hear soldiers return from the Middle East and say the same thing. It changes you. How can it not?  And those who have never been through an attack, can’t seem to understand, and with that the survivor feels a distance from even those whom she loves.  No wonder military soldiers ask to be returned to their brothers in arms. Coming home is difficult.  Re-joining society after an experience like this feels empty and foreign.  Only other survivors seem to feel your pain and loss. When I was growing up, my father always answered our front door with his gun in his back pocket. It wasn’t as if we lived in a bad neighborhood. We didn’t. We were the upper middle class Americana, where kids played hide and seek until late at night in their yards, and we had annual Christmas potluck parties with all the neighbors. But our home had been broken into once by a burgler when we were away from home, and ever since that experience my dad has never let his guard down. Even now. Even forty years later he is aware that the enemy’s attack is just one broken window away from becoming … a bad reality. Isn’t that what terror is after all? The fear of a very bad reality.

2 thoughts on “The War On Terror”

click photo to find where you can get one too!